Back to all books 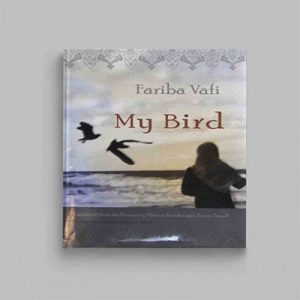 In this powerful story of life, love, and the demands of marriage and motherhood, Fariba Vafi gives readers a portrait of one woman’s struggle to adapt to the complexity of life in modern Iran. The narrator, a housewife and young mother living in a low-income neighborhood in Tehran, dwells upon her husband Amir’s desire to immigrate to Canada. His peripatetic lifestyle underscores her own sense of inertia. When he finally slips away, the young woman is forced to raise the children alone and care for her ailing mother.
Vafi’s brilliant minimalist style showcases the narrator’s reticence and passivity. Brief chapters and spare prose provide the ideal architecture for the character’s densely packed unexpressed emotions to unfold on the page. Haunted by the childhood memory of her father’s death in the basement of her house while her mother ignored his entreaties for help, the narrator believes she relinquished her responsibility and failed to challenge her mother. As a single parent and head of household, she must confront her paralyzing guilt and establish her independence.
Vafi’s characters are emblematic of many women in Iran, caught between tradition and modernity. Demystifying contemporary Iran by taking readers beyond the stereotypes and into the lives of individuals, Vafi is one of the most important voices in Iranian literature. My Bird heralds her eagerly anticipated introduction to an English-speaking audience.